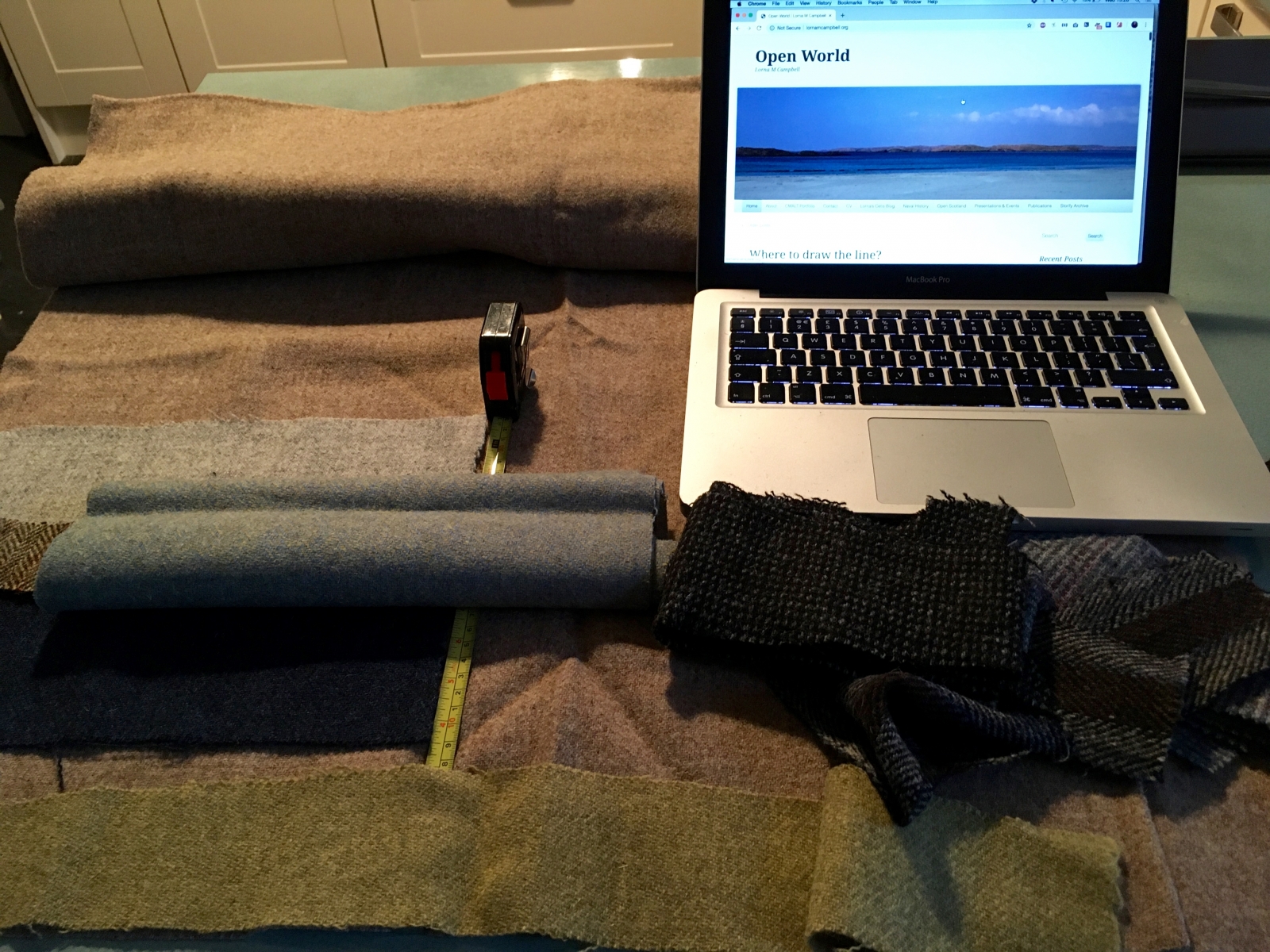 Image 2 of 7
My other square was much more low effort, but it still has meaning to me. It’s a tracing of the Open Scotland logo drawn in fabric pen on cotton cut from one of my daughter’s old school shirts, and it represents the hope that one day all publicly funded educational resources in Scotland will be freely and openly available to all.   Open Scotland was an initiative that I founded, along with Joe Wilson, Sheila MacNeil, Phil Barker and others, back in 2013 and I’ve poured a lot of time energy and commitment into it, so I wanted to commemorate it in the quilt.  I also love the idea that my daughter has made a small contribution to the quilt too. 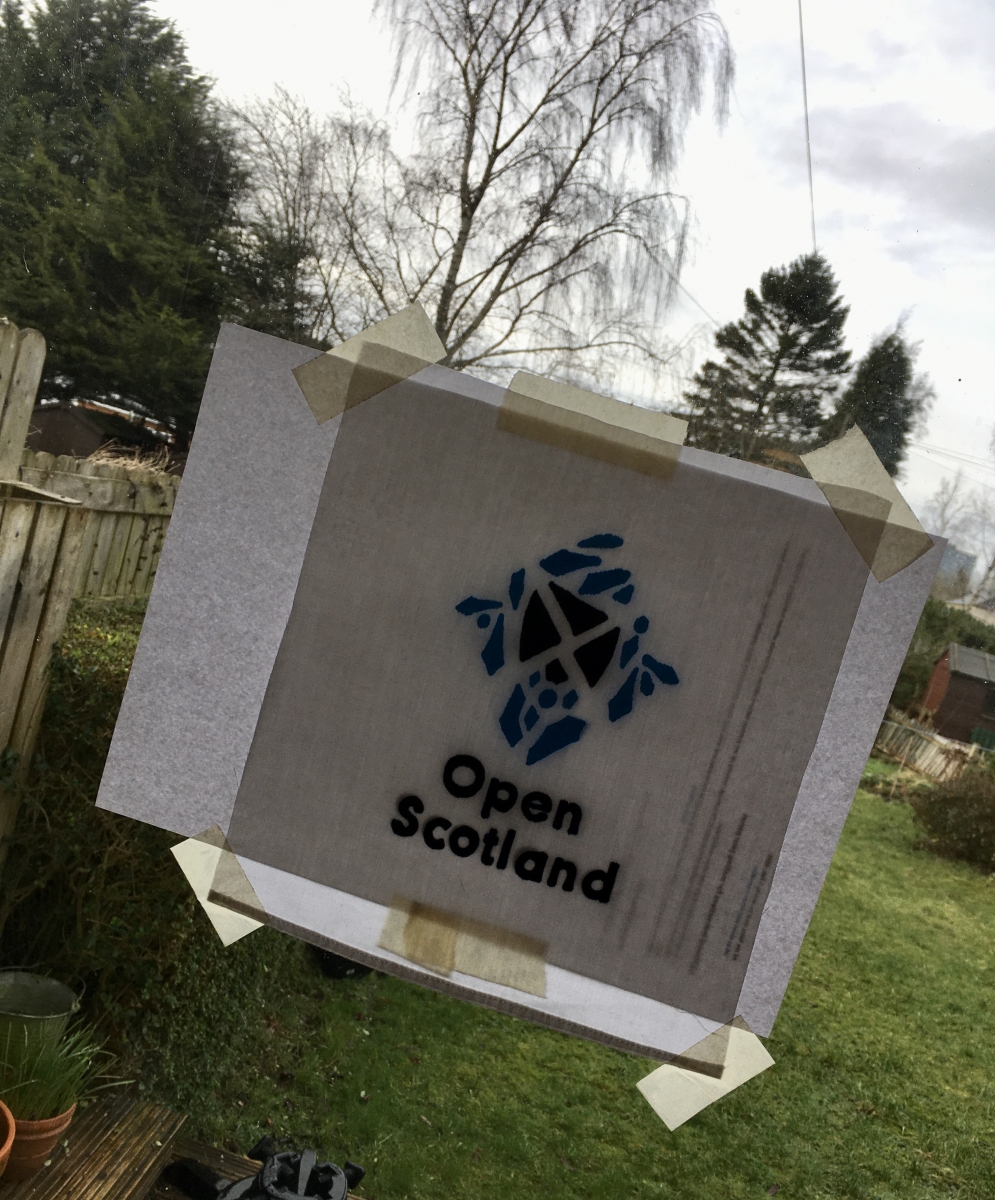